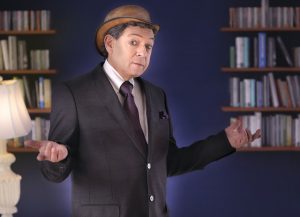 I began doing hypnosis in 1977, but I started in earnest in 1993. I had some advantages and a few disadvantages.

My father did stage hypnosis. I watched his shows repeatedly as a teenager and copied what my father did. Then I did hypnosis while entertaining at parties during my senior year of high school. I stopped doing hypnosis when I realized: at 17 years old, I didn’t know what I was doing. I took it up again at age 32, 15 years later.

I began doing comedy magic in elementary school. My father, George Sands, did magic for a living. In my late 20s and 30’s, I worked on the same stages at county fairs as Hypnotist Terry Stokes, Sr. Terry’s influence was tremendous on me and many others who do stage hypnosis. To this day, I still think Terry Stokes; Sr. is amongst the best. Terry published a hypnosis book in 2019 called “Stage Hypnosis My Way.” I give this book to every student taking my boot camps.

When I began, I studied the best book available at the time, written by Ormond McGill. Then, I took notes and developed my show.

I sell  – “The New Encyclopedia of Stage Hypnosis” by Ormond McGill on my website. It is available here: http://alansands.com/encyclopedia – If you do not own a copy, it is the bible – you should get a copy.

As a registered student in my classes, I used to give the encyclopedia to every student. Now I give you Terry Stokes’s newest book, “Stage Hypnosis My Way.” It is a lot more practical. 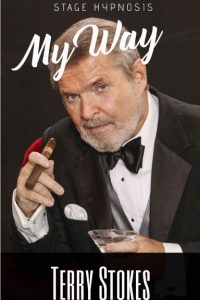 I eventually took Jerry Valley’s first Stage Hypnosis Class with Ormond McGill and Shelly Stockwell in 1999. It was an introductory class, and I had already performed on stage for six years. In 2015, I attended another class by Jerry Valley, Tommy Vee & Michael DeSchalit. It was an excellent classroom overview of how to do a stage hypnosis show, but it did not get people on stage to do shows.

This is the original STAGE TRAINING created because I wanted to give back. Stage hypnosis has allowed me to travel around the world performing – but I also want people to have the jumpstart I did not have. Don’t get me wrong, others have copied my classes and attempted to operate similar stage hypnosis boot camp, but from what I keep hearing, they are not doing it quite well. People are leaving very disappointed. Nevertheless, I stand behind what I offer – in everything.

I began studying hypnosis in 1983. I had some advantages and a few disadvantages.

I was young and ready to learn.

I trained with some of the greats of hypnosis, including Ormond McGill, Charlie Tebbetts, and James Russell. They influenced and shaped the way I practice hypnosis.

I spent years studying and was very gung ho. 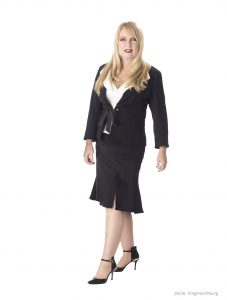 I was young. I immediately started advertising for clients; they looked at me like I was a little kid.

My mentor suggested I switch to stage hypnosis, where my youth would not matter. So I started doing hypnosis house parties. Eventually, I migrated back to the clinical side. I had a clinical hypnosis practice for 14 years in Escondido, California.

We offer you what we didn’t have:

Fairs have always been a great place to work on new material. A performer can do multiple shows in a row and have the opportunity to work with a fresh new audience for each show.

This also makes fairs the perfect training grounds to teach someone stage hypnosis!

In October 2013, Alan invited two newbie stage hypnotists on the road, Dr. Dan Anders, aka Dr. Dan, and Brian Varano ~ The Hypnotic Hurricane. They got on stage and did multiple complete shows. It was his first attempt at teaching, and now – both of these performers are doing numerous shows yearly.

We video-record you doing every show.
We teach you about sound systems, microphones, video equipment, back-of-the-room sales, and other lessons in detail that can take years to acquire unless you do it – hands-on – multiple shows in a row.

To date, Alan has coached 33 people in eleven Boot Camps. Lisa and I are confident we are doing this right because multiple students have returned twice, three times, and one of them four times to hone their skills and take their show further.

TO VERIFY MY CLAIMS – I GIVE YOU THE NAMES OF ALL PAST STUDENTS ON THE BOTTOM OF THE PAGE LABELED http://stagehypnotist.alansands.com/stage-hypnosis-boot-camp/

I teach the way I learn.

The students are having awesome success. They tell us we are doing it right.

It’s exciting to see many of our students making decent money and getting paid fair market value doing complete-stage hypnosis shows. I have helped many of my students after the training is over and gotten performances for them, including Dr. Dan Anders;

To learn more about me, my bio is on my website: